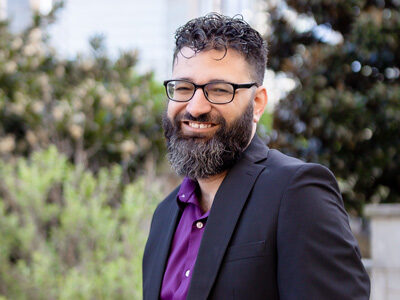 Josh has worked in the pro-life movement since he was 18. After 12 years of full-time pro-life work he launched Equal Rights Institute to maximize his impact on the movement.

A sought-after speaker, Josh has spoken for more than 23,000 people in six countries and in 25 of the 50 states.

Josh’s primary passion is helping pro-life people to be more persuasive when they communicate with pro-choice people. That means ditching faulty rhetoric and tactics and embracing arguments that hold up under philosophical scrutiny.

He has publicly debated leaders from Planned Parenthood, the National Abortion Rights Action League (NARAL), Georgians for Choice, and one of the leading abortion facilities in Atlanta.

Josh is formerly the host of a globally-heard podcast turned radio/TV show, Life Report. He now hosts the Equipped for Life Podcast. He’s also written dozens of articles for LifeNews.com and the ERI blog. He has been interviewed by the Washington Post, NPR, and Focus on the Family.

He directed the first 40 Days for Life campaign in Fresno, resulting in up to 60 lives saved.

Josh has been happily married to his wife, Hannah, for 16 years. They have three sons, Noah, William, and Eli. They live in Charlotte, North Carolina.

David Bereit, the National Director of 40 Days for Life, sums up Josh’s expertise this way: “Josh Brahm is one of the brightest, most articulate, and innovative people in the pro-life movement. His cutting-edge work is helping people think more clearly, communicate more effectively, and — most importantly — be better ambassadors for Christ. I wholeheartedly endorse Josh’s work, and I encourage you to join me in following Josh and getting involved in his work today!”

September 2020: Our Big Projects For the Rest of the Year

Summer 2020: Equipping Yourself During Quarantine

November 2019: The Transformative Power of the Sidewalk Counseling Masterclass

Summer 2019: Updates From the ERI Office

Spring 2017: Our Experience at the National Students for Life Conferences

November 2016: Early Feedback on the Equipped for Life Course

Fall 2016: The Equipped for Life Course is Live!

November 2015: Four Practical Dialogue Tips from My Conversation with Brent

May 2015: Responding to Post-Abortive Women with Love

April 2015: Responding to the Astute Observation That I am a Man

December 2014: End-of-Year Update from the President

November 2014: Listening to Those Who Offend Us

Support Letter: Why We Launched a National Pro-Life Training Organization