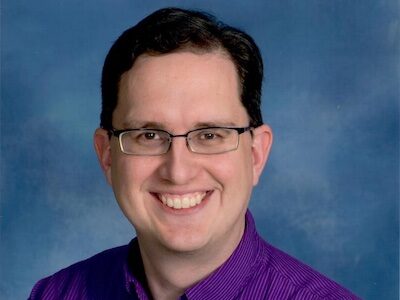 Jim grew up in Minnesota. He earned a B.S. degree in electrical engineering at North Dakota State University (NDSU) in Fargo, North Dakota. Jim works as a systems engineer in Cedar Rapids, Iowa.

Jim has been active in the pro-life movement since attending college, although his desire to get involved goes back further. He has served as the vice president of the Coalition for Life of Iowa for many years, even serving as the president for a year. Jim is the president of Iowa PAC for Life, which is a political action committee. He has led 40 Days for Life in his area several times, creates a monthly pro-life newsletter for the Coalition, handles technology matters, and fills many other needs.

Jim loves to equip people so they value what God granted each one of us. Some people have lost that respect for life for one reason or another. He loves finding whatever helps people get that aha moment that helps them see how valuable each human life is. He loves sharing and promoting good pro-life resources, including many of ERI’s resources. Jim listened to the Life Report podcast before ERI was founded. When he found out that Josh was forming ERI, he realized it was an organization he would want to see succeed. He has donated time and money to the cause. As an engineer, Jim deals with tons of documentation that needs to be very clear, and he applies those skills to pro-life work, too. Jim has helped with improving the content of training workbooks and helped transition several podcast episodes to the public podcast, among other things.