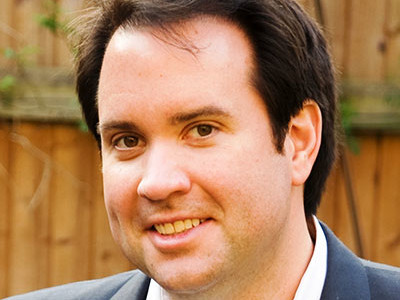 Charles Camosy is a member of Equal Rights Institute’s Board of Advisors.

Dr. Camosy grew up in the cornfields of Wisconsin, but has enjoyed living and teaching in the Bronx. A theme running throughout his work is the fostering of intellectual solidarity between political groups and ethical approaches which find conversation difficult. A Roman Catholic anthropology, which refuses to choose between individually and communally-construed understandings of personal dignity, is particularly important and useful in this regard.

He has tried to put this intellectual solidarity into practice as the founding member of the organizing committee for an international conference designed to think and speak differently about abortion, as the founder and co-director of the Catholic Conversation Project, and as an editor and contributor for CatholicMoralTheology.com.

Dr. Camosy’s early work, and the focus of his first book on the treatment of critically ill newborns in the neonatal intensive care unit, has focused on how traditional questions in bioethics should not be artificially distinguished from questions of social and distributive justice.

His second book engages the first sustained and fruitful conversation between Peter Singer and Christian ethics—and once again considers a wide variety of bioethical and social issues.

His third book tries to bridge the gap between “social justice liberals” and “pro-life conservatives” by thinking about how we might support the most vulnerable via a new understanding of the “Consistent Ethic of Life” for the 21st Century.

His latest book argues that our polarized public discourse hides the fact that most Americans actually agree on the major issues at stake in abortion morality and law.

Dr. Camosy currently serves on the ethics committee of the Children’s Hospital of New York and on the advisory board of the New Evangelical Partnership for the Common Good.  He also co-convenes the bioethics section for the Catholic Theological Society of America and the ethics section for the College Theology Society.  He is thrilled to be a part of the international working group “Contending Modernities” which will spend three years exploring how Catholicism, Islam and Secular Liberalism can productively interact in the public sphere with regard to difficult ethical issues.