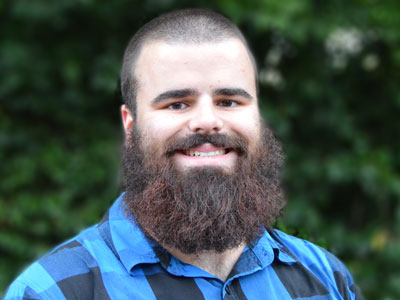 Collin Killoren (pronounced “kill Lauren”) is a Wisconsinite, born and raised. He earned his bachelor’s degree from the University of Wisconsin – Oshkosh while studying philosophy, law and policy, and writing his capstone paper on the relationship between faith and reason. While earning his degree, Collin was also elected to leadership roles such as Senator in student government, President of the philosophy club, and Public Relations and Communications Coordinator of Titan Catholics.

He recently worked at SPIRITUS Ministries as a missionary traveling to parishes and schools across Wisconsin leading youth closer to Christ. From the dynamic experience of each retreat, rich formation/mentorship, and deep friendships, his time as a missionary had a profound impact.

In his free time, he hosted and facilitated Reflecting on Life Issues, a four-week introductory class on bioethics based on Ten Universal Principles by Fr. Robert Spitzer. Collin has a special zeal for solid, pro-life apologetics since studying philosophy led him to embrace pro-life values. Now he wants to direct his love for philosophy and ethics to serve the pro-life movement.